JOIN OUR NEWSLETTER & RECEIVE ARTICLES STRAIGHT TO YOUR INBOX 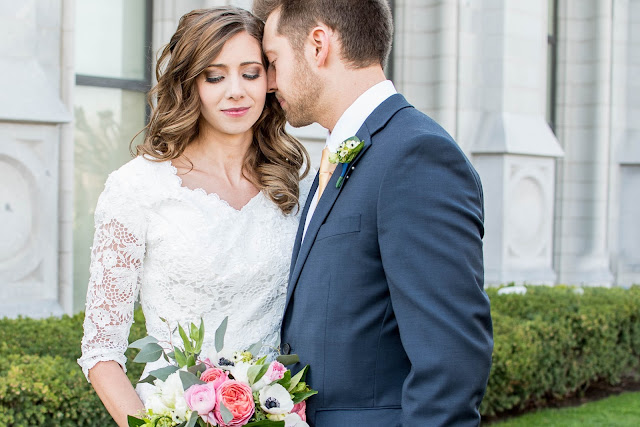 McKay and I on our wedding day.

I was the girl that dreamed about going to BYU, finding the perfect guy, and getting married just a few years out of high school, I mean at least by the age of 20 because that’s what Mormon girls do, right?. (Shh…don’t tell McKay – this is our little secret) Clearly, God had other plans for my life….

Plans that then I didn’t understand.

Plans that broke my heart and shattered it into a trillion pieces multiple times.

Plans that made me question if He even loved me.

Plans that could have filled an entire ocean with my tears.

Plans that had me questioning my worth, my value, my potential, and often my beauty.

Plans that made every single tear, fear, and heartache worth it!

Plans that were better than anything I could have ever imagined.

I can’t thank Heavenly Father enough for the joy that I feel on a daily basis, or for the love that I have for my dear husband that never ceases to stop growing, or for the tender mercies of a beautiful place we call home where we make yummy healthy food, share the same hobbies, have tons of inside jokes, and laugh at least twenty times a day about the most random things. Life is incredible and my heart is indebted to my Heavenly Father for His patience with my doubts and tears.

Let’s rewind a little bit to the hardest 10 years of my life to this point, shall we?

Ugh, dating… it’s the worst. Don’t get me wrong, it can be tons of fun and amazing, but man is it hard. It’s not for the weak, especially when a little bit of heartbreak is involved. I can’t even count how many times my heart got broken, and some were caused by the same guys over and over again.

Dating was exhausting, there were times where it felt hopeless, times where I questioned my faith or wondered if I had completely blown the promises Heavenly Father had given me.

I remember a particular season in my dating life where I just felt like I wasn’t beautiful enough to be the wife of any guy. I would look in the mirror and the comparisons of girls in magazines ate me alive. It was my every thought and I felt beyond inadequate…you know why? Because Satan knew the great happiness that awaited me right around the corner. He knew the joy that my heart would sing and he wanted me to feel worthless… and girls, when you feel as if you don’t have value or when your self-esteem isn’t where it should be… you make poor decisions, you start to compromise your values, you become vulnerable to even more lies of the adversary which is why self-esteem is SO important!

There was another chapter of my dating life where this guy would be on again, off again all supposedly by the council of Heavenly Father. This guy said he wanted to marry me but God didn’t want that for us and it broke my heart. It shattered me into pieces for well over a year as this was the length of time this guy would play the game. It wore at my heart and actually started to weaken my relationship I had taken so long to build with Heavenly Father.

To be honest, I have no idea if Heavenly Father really gave him that revelation that he wasn’t to marry me, or if he was just confused with his own feelings… I’ll probably never know the truth about that one in this life and that’s okay with me. But I do know I didn’t receive that same revelation and for some reason, my mind started to have me believe that I wasn’t spiritual and smart enough for this guy from the Lord’s point of view. Not feeling enough really takes a toll on the spiritual, mental, and emotional health of a person. I honestly started to feel unloved by the Lord as this experience had my mind creating all sorts of thoughts and cognitive distortions that simply weren’t true.

I do remember a particular evening when this guy and I had plans to go on a date as we were trying to make things work. Without even going on the date, he took me to a church parking lot where he told me for the umpteenth time that we couldn’t date due to the revelation he had been given. It broke my heart and I couldn’t stop crying. I received a priesthood blessing of comfort that night and in the blessing, one line stood out. It said, “This is the last time you will have to go through this.” I thought that line was really interesting but wasn’t quite sure what it meant. I felt strongly that it meant the next guy I would go on a date with would be him, the man I would marry. But of course, it didn’t go as easily as I had hoped.

I actually broke up with McKay 3 months after we dated the first time based on strong spiritual promptings I couldn’t shake away despite the fact that I REALLY didn’t want to. But I was obedient…and then came the hardest 4 months of my life. Months where I spent anywhere from 3 hours to 20 hours a day crying. Some days I knew why I was crying and others I just couldn’t even process anything but depression had never been so real. Never have I ever felt so worthless, only to feel like a grain of sand had more value then I. I was lonely more than I had ever been in my life…the only people I spent time with during these months were my brother, my mom, and my dad and there was quite a bit of contention at home and not a good environment. I was broken to my very core.

And then something happened, McKay texted me out of the blue one day to say he was sorry. I couldn’t believe it… he had done nothing wrong. I was elated but worried all at the same time. I sure wanted to talk to him because I really liked him, but I was so scared that we couldn’t be together because of the surety I had that it was the Spirit that had me break it off with him, and what if we would have to go through that all over again?

Well, we met up together to talk and started seeing each other every single day after that. Somedays I would beg Heavenly Father that McKay could be mine forever and always. For some reason, there was a fear though that seemed to linger and follow me everywhere. It was this fear that we wouldn’t end up together. It was this fear that pierced my soul and caused me some of the greatest grief I had known. You see… I think I was suffering from PTSD of not having it work out with any guy I had ever dated. I had this deep fear that Heavenly Father wouldn’t approve because that seemed to be the pattern in my life.

I wish I could explain to you just how much agony I was in as this fear paralyzed me. I would often cry in McKay’s arms and ask if marriage was ever in our future. (Heavenly Father’s love is real… the proof is in the fact McKay didn’t go running for the hills. For reals though, if there is hope for me – you better believe there is hope for you.) The anxiety I felt was immense pain, however, the joy that came after made every single moment and tear worth it!

I can now look back and see what the line in that priesthood blessing meant, giving up McKay the first time was a test… a test for me to know how much I love the Lord. And then for Heavenly Father to not make me give up McKay the second time, was a token from Him to show how much He loves me and just how closely He listens to prayers. For all those years, I didn’t even realize the bread God was offering me because I kept turning it into a stone. 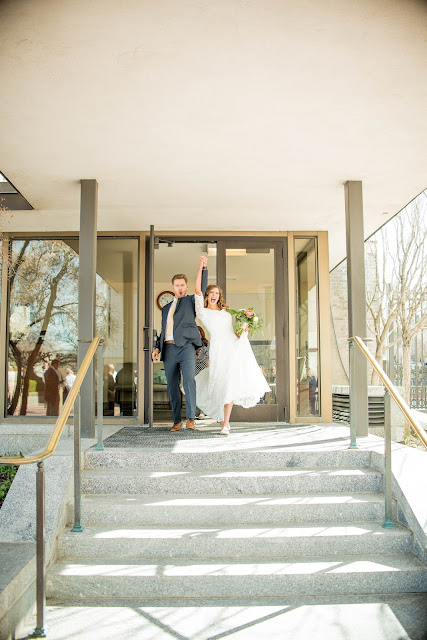 A special note to girls, if you’re in the dating phase right now, just remember how much God loves you and that you are never alone! He is guiding you, He is watching over you, He is keeping His promises.

TRUST GOD & DO GOOD!! This is the formula to joy no matter what waiting phase you might be in!

We are The Blossom Girls. Latter-day Saint girls from across the U.S. sharing our thoughts, experiences, and testimonies. Our blog is a place to be inspired, edified, and beautified. It's your time, BLOSSOM darling!